As the 12th week of FD12’s rookie school gets underway, recruits our continuing to learn techniques and conduct exercises that they will use in the field. Below, see some of the past weeks’ training exercises in action: 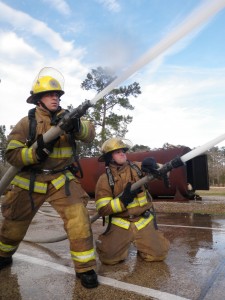 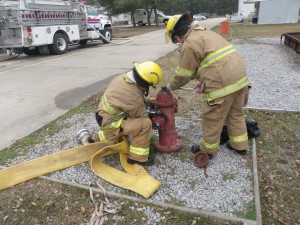 Above, right, Recruit Michael Babin and Recruit Fallan Lowder are establishing a water supply from a fire hydrant during a live burn evolution. 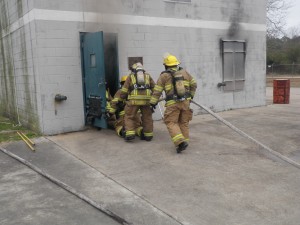 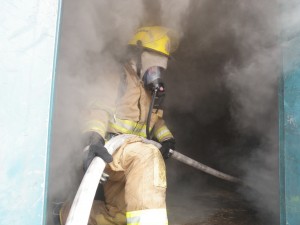 Above, left, recruits are entering a building during a live burn to conduct search and rescue operations and fire attack.

Above, right, a recruit is feeding hose to his other crew members who are advancing the hose line into the building to attack a fire.

Upon completion of the 14-week program, recruits will graduate in late April.